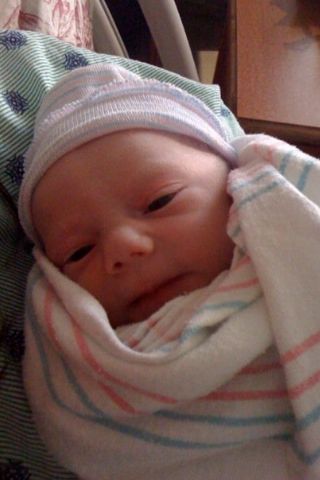 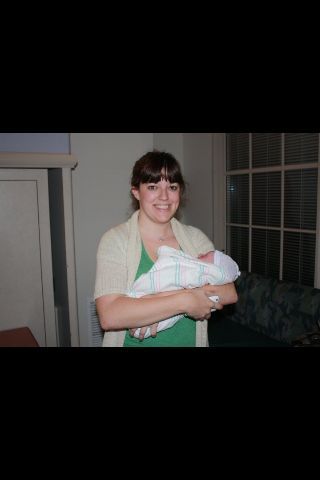 Even my shuffle is treating me right! 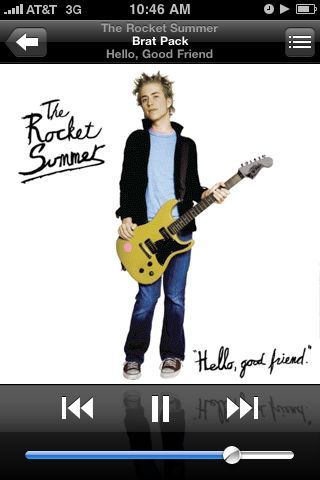 Five reasons today is already turning out to be a great day:
1. My calculator has new batteries.
2. Opened a new pack of piña colada gum.
3. Received a “world’s best cubicle neighbor” award from John filled with treats.
4. Acheived perfection with my daily cup of Earl Grey tea and Splenda combination.
5. The book I ordered, “14,000 Things To Be Happy About”, shipped! 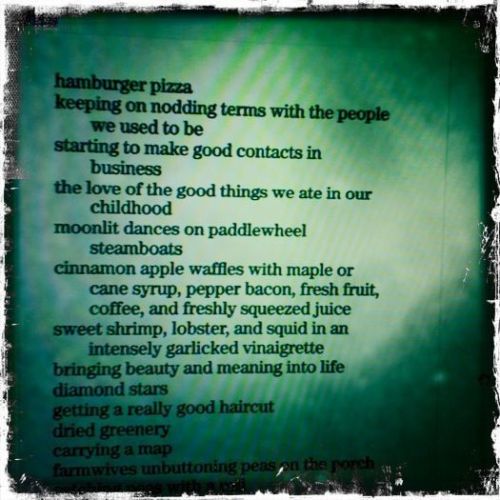 The things I do for TK.

It’s going up on the fridge.

I’m ready to go back…

Cloud Gate, aka “The Bean” — look at the reflection of the city! 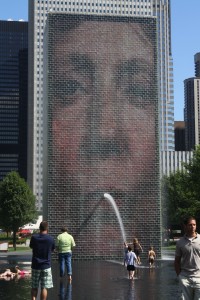 And of course, Michael Jordan.  Sigh.  The stuff I do for these boys.

This picture is horribly blurry but let’s be real.  Ellen is so into it her eyes are even closed!… Though I can almost guarantee that she was being drowned out by Jerrod.

1. My Wusthof cleaver — look at how yummy red that bell pepper is!

2. Get the Hint Wish-List Stickers.  These are even furthered by my new-found joy in all that is Google Reader and of the wonderful women out there who post their adorably cute outfits on their blogs to serve as inspiration for my growing wardrobe.

3. Christian Louboutin Mary Jane platforms — some day. I will reveal that I goto Neiman’s just to try them on at least monthly.

4. Flamingo swizzle sticks — they are as awesome as they sound.  I even busted them out when it was 36deg on Saturday as to remind Mother Nature that it is Spring and I am not having any more cold weather.  She listened. 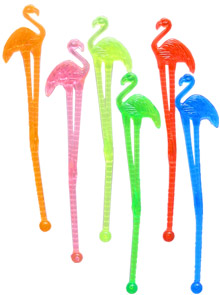 5. Robbie Seay Band’s Give Yourself Away CD — yes, it’s old.  So back story… I don’t know if you are like me but I tend to listen to songs based upon the season.  I gravitate towards them.  “Ants Marching” by Dave Matthews Band on Live at Red Rocks will be playing in my car for the entire month of April as it has been since I was 16 and driving a bright blue Pontiac Grand Prix named Lola which had a 10-disc CD changer in the trunk.  However, it’s not April, it’s March, and my March song is “New Day”. To me, it serves as that much-needed friendly reminder that this is the day that the Lord has made… and though I might be missing my main squeeze, it is still a glorious day to be alive.

Last night the Cubs beat the Marlins 9 to 7. It was a very exciting game! My nephew, Marshall, was awarded the game ball by his coach for hitting 2 out of 3 – a double and a single – and he made 2 great plays at first while playing 2nd base. He was SO excited!!!

I couldn’t help but share how happy he looks :) ahhh love him!

SLEEPING TO DREAM
Create a free website or blog at WordPress.com.